ZEN Rooms, one of the leading economy and mid-range hotel franchises in Southeast Asia, today announced it had signed a definitive agreement with travel group Yanolja. The agreement covers additional investment, acquisition of early investors’ stakes and the signing of a wide strategic alliance. Yanolja is the leading travel group in South Korea, backed by Booking Holdings and GIC, among others.

Yanolja was the lead strategic investor in the company’s US$15M funding round in 2018, with rights to invest further. Early investor Asia Internet Holdings (Joint Venture of Rocket Internet and Ooredoo Telecom) has agreed to exit its stake to Yanolja. RedBadge Pacific and SBI Korea remain investors, and Access Ventures join as co-investors.

Southeast Asia is today the world’s fastest growing travel market, fueled by exponential domestic and regional demand of young travelers and millennials. One notable indication is that the number of Chinese visitors has quadrupled in the past decade. Yet, the value-for-money proposition of its budget hotel sector has historically been defective, plagued by several issues: fragmentation, poor hygiene & safety standards, lack of training and low technology use.

ZEN was founded in 2015 to improve the state of budget hospitality and bring much needed operational and technological efficiency to the estimated 2 million independent economy rooms in the region. Thousands of hotel owners have since joined ZEN’s franchises to improve their revenue, optimize their cost base and increase the long-term value of their property. These efficiency gains ultimately benefit travelers who can enjoy safer and better value-for-money stays. With a deep emphasis on customer satisfaction, ZEN Room franchisees have enjoyed the best average guest ratings on Booking.com for two years in a row.

Nathan Boublil, co-founder & CEO of ZEN Rooms, comments: “We started ZEN exactly 4 years ago to make budget accommodation in Southeast Asia more affordable and safer. We have proudly built ZEN into the top-rated budget hotel franchise in the region and were honored to be Yanolja’s 1st international investment. With this strategic alliance, we are joining forces with one of the most technologically innovative travel groups and its unique backers Booking Holdings to create the first full service budget & mid-range hospitality group in SEA, able to deploy world-class technology infrastructure in IoT R&D, automation, hardware and software to all hotels in Southeast Asia. This alliance will greatly benefit our ability to serve our hotel clients and ultimately the travelers of the entire region”.

Jongyoon Kim, CEO of Online Business at Yanolja, adds: “Since first investing in ZEN, we have shared the same vision of operational excellence and customer centricity to radically improve the SE Asian hospitality market. In the last 12 months, the ZEN team has taken major steps to fulfill this vision and has grown exponentially while displaying top inventory quality. With this exciting agreement, Yanolja plans to fully support ZEN to solidify its status as the market leading full-stack hospitality company in the region”.

Discounted ZEN Rooms to those Affected by Taal Volcano’s Eruption 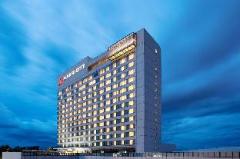 Windows By The Bay at Hotel Jen Manila is Now Open

In the middle of the hustle and bustle of the city, experience Windows By The ...

As I was packing up to check out from the hotel I stayed over the ...

Have your staycation at KL Tower Serviced Residences when you're in the city and need a place to relax without putting a hole in your pocket.