I Give GrabCar by GrabTaxi 4 Points

This page may contain compensated links, meaning that we receive a monetary commission (at no extra costs to you) if you make a purchase via one of these links.

I give GrabCar by GrabTaxi 4 points on a scale of 1 to 5, with 5 being the highest rating. GrabCar is an alternative to getting a cab ride, only better. And this is only after a year of providing safe and convenient taxi ride in the metro. I have been enjoying GrabTaxi’s service from the time I learned about it til today. But GrabCar is bringing the commute to a new level and I’m loving it already after my initial experience. Here’s why.

Yep, instead of riding a taxi, you get to ride a car with no markings to indicate that you’re ride is actually a public transport of some sort. How awesome is that? During the launch held at the Bonifacio High Street in Taguig, I was picked up by a Hyundai Sonata from my place in Quezon City to the venue. The moment I stepped inside the car, I could immediately feel the difference. The well-appointed interiors, particularly the leather seats, makes me feel like a boss. At the media launch, we learned that the fleet for GrabCar are no older than 5 years and belongs to the D-segment which are premium vehicles. And as an anniversary treat, you could be picked up by a Nissan Patrol, a Hyundai Sta. Fe or even a Mini Cooper! 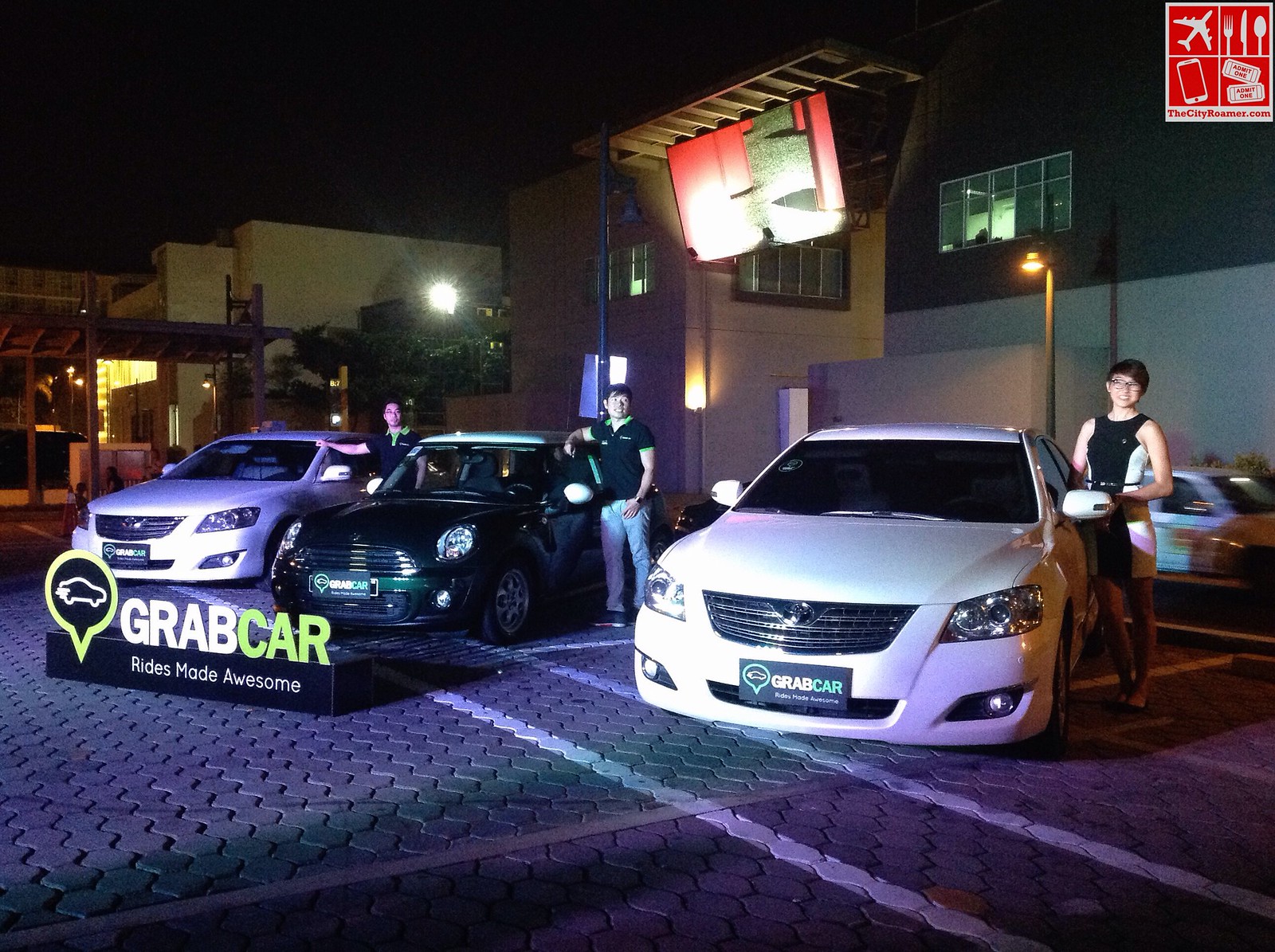 I arrived my destination in style. Isn’t that how we want it when going to a special event such as a wedding, a party or a conference? It would be awesome to fetch your date with this kind of car instead of a taxi. Admit it, for those without a car, we’ve been in a situation when we have to dress up in formal attire and taking a cab to the venue isn’t such a cool thing to do. But we still do just because we don’t have a choice. Now there’s no need to do that with GrabCar by GrabTaxi. 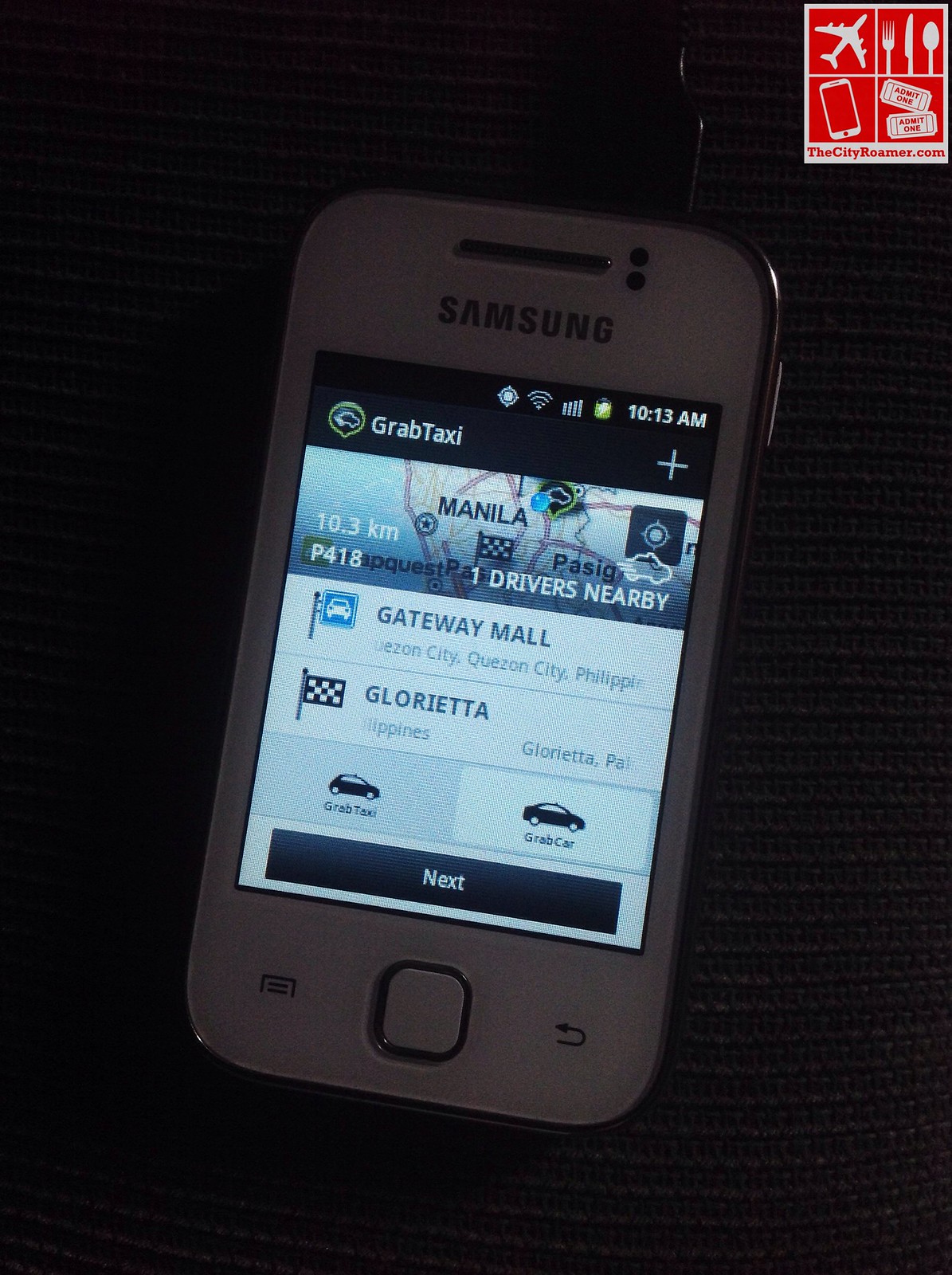 You don’t have to call or even go to a car rental company to book a car. Simply download the GrabTaxi app on your iOS or Android-powered device and book a car. I initially searched for a separate GrabCar app. It was only when I was prompted to update the app on my smartphone when I realized that GrabCar booking is actually done in just one app – the GrabTaxi app. Booking a car through GrabCar is just a few clicks away. It’s that easy!

You can say that taking a ride with GrabCar is expensive. I won’t argue with that because it is, when compared to the usual taxi ride even when booked with GrabTaxi. But come to think of it, you’re not riding a taxi. You’re actually “renting” a car and you only pay for it as you ride.

Actually renting a car cost over a thousand pesos, not to mention that you’ll be required to make a deposit and take into consideration the fuel and parking expenses. These inconveniences are eliminated by GrabTaxi’s newest service. Coming from my place, the GrabCar ride would cost me over Php400.00. Considering that I’m not riding an ordinary car, that rate is already practical. Affordable even.

When getting a GrabCar ride, you’ll feel that you actually have chauffeur. The driver will open the door for you as you step in to the car. You will also be handed a bottled water. And when you reach your destination, the driver will alight to open the door for you as you step out of the car. All these while he extends courtesy to you throughout the ride. I can sense the higher level of politeness when compared to a usual taxi ride. That adds up to a really cool experience.

For all my experience, I give GrabCar by GrabTaxi 4 points. When they grow their fleet to a point that I can book a car from anywhere in Metro Manila, I’ll most likely give them the highest score. During the launch, we learned that the service is concentrated in the business districts only. That’s understandable because the service is just starting out. They had the same strategy with GrabTaxi, but in less than a year, they were able to cover a large portion of the city. Now, they are testing the market in Cebu. I’m so glad that I can have an awesome ride if needed. Kudos to the GrabTaxi team for such an innovative service. Check out our photo coverage of the event by clicking here.

Toll RFIDs Reloading (Autosweep and Easytrip) is Fast and Easy with PSBank Mobile!

ANGKAS Will Work with LTFRB for a Successful Pilot Run

Tips How to Get to Your Destination Safe and Secured

👋 Hi, I’m Alwin! Welcome to my blog, The City Roamer. This blog started out as a personal blog chronicling what’s happening in my life way back 2008, and in 2010, it became a lifestyle blog sharing my discoveries about a lot of things that everyone would be interested to know, and even experience.

First Steps with a Canon Camera

Get FREE Appliances on ‘2021 Summer is XTREME Cool’ promo

Want the latest blog sent to your email?

Subscribe to The City Roamer newsletter. Don’t worry, we hate spam too.